As a rule, for most things in my life, if I have set out to do something, I have succeeded. It hasn’t always been easy, but I try my best not to give up.

For the last 3+ months I have been eating right and seriously working my ass off at the gym. I was definitely seeing success (building muscle, feeling better, losing inches, etc). But I just wasn’t seeing the results I was hoping for on the scale.

One week I would lose 3 pounds, the next I would gain 2, lose .2, gain 1. The scale was trending down — slowly — in the right direction, but not as quickly as I thought it should be for as hard as I was working.

For about two weeks I hated every second of meal prepping, eating the right meals, working out, and don’t even get me started on the extra cardio.

I was a completely miserable person, but Friday evenings leading up to weigh ins on Saturday mornings were the worst. I would make sure not to eat after 7, and attempt to get lots of sleep. No matter how early I went to bed, I would lie awake worrying about what would happen when I stepped on that scale the following day.

Would all this work I have been doing for the last week be for nothing?

People did their best to cheer me up. They reminded me that I was getting healthier, stronger, that muscle weighs more than fat, etc.

This last Saturday I stepped on the scale and was up two pounds for the second week in a row. I just broke. I found myself in tears yet again. How can I be doing all this work for the scale to be going in the opposite direction. It just wasn’t fair.

My trainer, being far more understanding with yet another round of tears than is fair to ask of him, reassured me that he was going to help me figure out what is going on. I couldn’t quit. I had to just keep pushing forward and eventually something was going to give.

We would be approaching things a little differently going forward. From now on I would be weighing in on my own scale every day and sending him the number. From there he would tweak my daily meal plan based on the scale that day.

I was ready for pretty much anything.

Every day this week (and it is only Wednesday) I have been working out 1-3 times a day, eating right, and stepping on that scale. Sure enough, every day the number has been going down, and much faster than I could have expected.

After talking to my trainer this afternoon after deadlifting class, he told me that he think I put so much pressure on myself to lose, I stressed my body out to the point that it just wasn’t happening.

Then, when the scale didn’t move in the right direction, I would be miserable. I struggled through workouts and hated my meals. I would spend the following week feeling let down, and worrying that I was letting my trainer down. That would stress me out more and then the scale wouldn’t move again.

It made complete sense.

I am now looking forward to weighing in on Saturday. It certainly isn’t out of the question to think that I will have a 5+ pound loss this week. If that doesn’t help me get in the right frame of mind, I don’t know what will.

View all posts by fitwithlynn 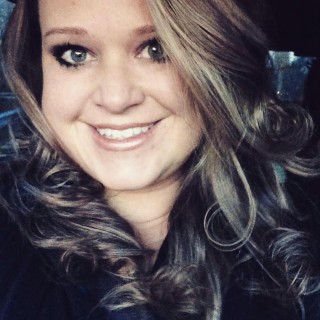